The Beaufort Fire Department can trace its origins back to the Civil War years. The most recognized year of organization is 1874, when the Washington Stream Fire Engine Company was formed.

A Silsby Fourth Size steam fire engine was purchased by the City on November 9, 1874, for $2,000 and leased to the fire company for $1,000 per year. The Washington Steam Fire Engine Company put $500 of its own money towards the purchase of the steamer as earnest money.

The Washington engine was housed in a two story structure located on Carteret Street, where it remained until approximately 1910, when it was moved to its new location on Scott and Craven Streets.

The Pioneers remained active at their station located on Prince Street until 1970, when they disbanded and merged into the Beaufort Fire Department. It is interesting to note that even during times of reconstruction and segregation, when the fire bell sounded, color was no barrier to fire protection.

During the 122 years since formulation, the Beaufort Fire Department was confronted by at least one conflagration. On Saturday, January 19, 1907, a fire started in the grocery and general merchandise store owned by F. W Scheper. The time was recorded at 1:30 p.m. and the fire quickly spread to adjacent structures. Traveling from roof top, the fire consumed over 40 buildings before being brought under control. Steam fire engines were brought to the city from the Naval Station at Port Royal and from Savannah, Georgia by barge to join in the battle.

During December of 1924, the city purchased its first motorized apparatus; a 1924 American LaFrance Type 75, 750 G.P.M. pumper. Both Silsby steamer and the '24 LaFrance are still owned by the city and are awaiting funds to restore 'Big Jim' to operating condition. The fire service in Beaufort remained all volunteer until 1956, when the first paid firefighter was hired. Additional firefighters were hired during the late 1960s. The first paid Fire Chief being hired during 1977.

The 1980s was a period of growth for the Beaufort Fire Department. A new Headquarters Station was dedicated on January 14, 1984. Nine additional career firefighters were hired, a 100 foot aerial ladder truck purchased, and three firefighters promoted to lieutenant.

During 1985, the city's Insurance Services Office (ISO) Public Fire protection rating was upgraded from a Class 6 to a Class 2. Two 1,500 gallon per minute pumpers were purchased and placed in service during 1988 and 1989 respectively.

The Beaufort Fire / Rescue Department has come a long way from the days of hand-drawn steam fire engines and hook and ladder rigs. Today's Beaufort fire service provides a wide variety of services over and above fire suppression, such as:

In closing, it is plain to see that today's fire service professional must be "Jack of All Trades and Master of Everything." 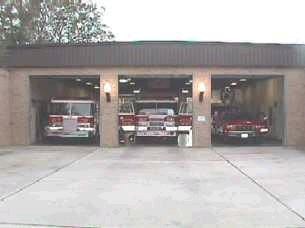