In 1967, D.T. Poulsen from Kvistgaard, Denmark, gave the U.S. National Arboretum a single plant—Thuja standishii x plicata. From this plant, the clone named 'Green Giant' was propagated. Green giant arborvitae rapidly became a popular plant and is a good alternative for hemlock in the Northeast and Leland cypress in the Southeast.

Linnaeus, the Swedish botanist who assigned the Latin name to this species, picked up on one of the plants more sensory traits. The genus name, Thuja, is from a Greek word for perfume. Squeezing the evergreen leaves releases an aroma that is nothing less than nature's perfume. 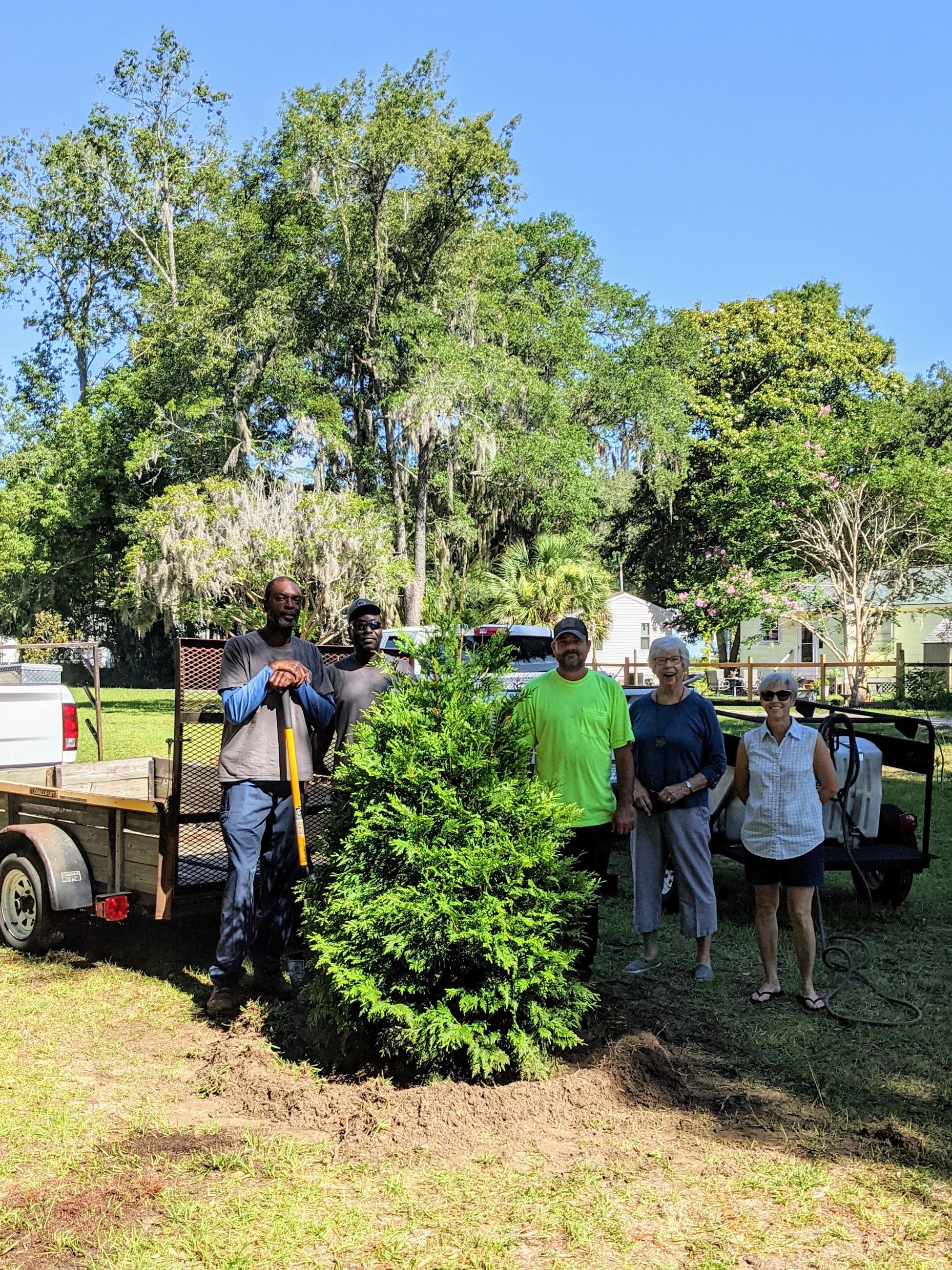 The green giant can grow up to heights of 50 to 60 feet, and a width at full maturity of 12 to 20 feet. The green giant can be pruned and topped regularly to maintain certain heights and shapes without having to worry about causing harm to the tree. It is a fast-growing tree with possible growth of 3 feet a year until maturity.

The green giant is a public domain tree, meaning anyone can propagate it from cuttings. Most importantly it will need to a good amount of water in its first year to produce healthy root growth.